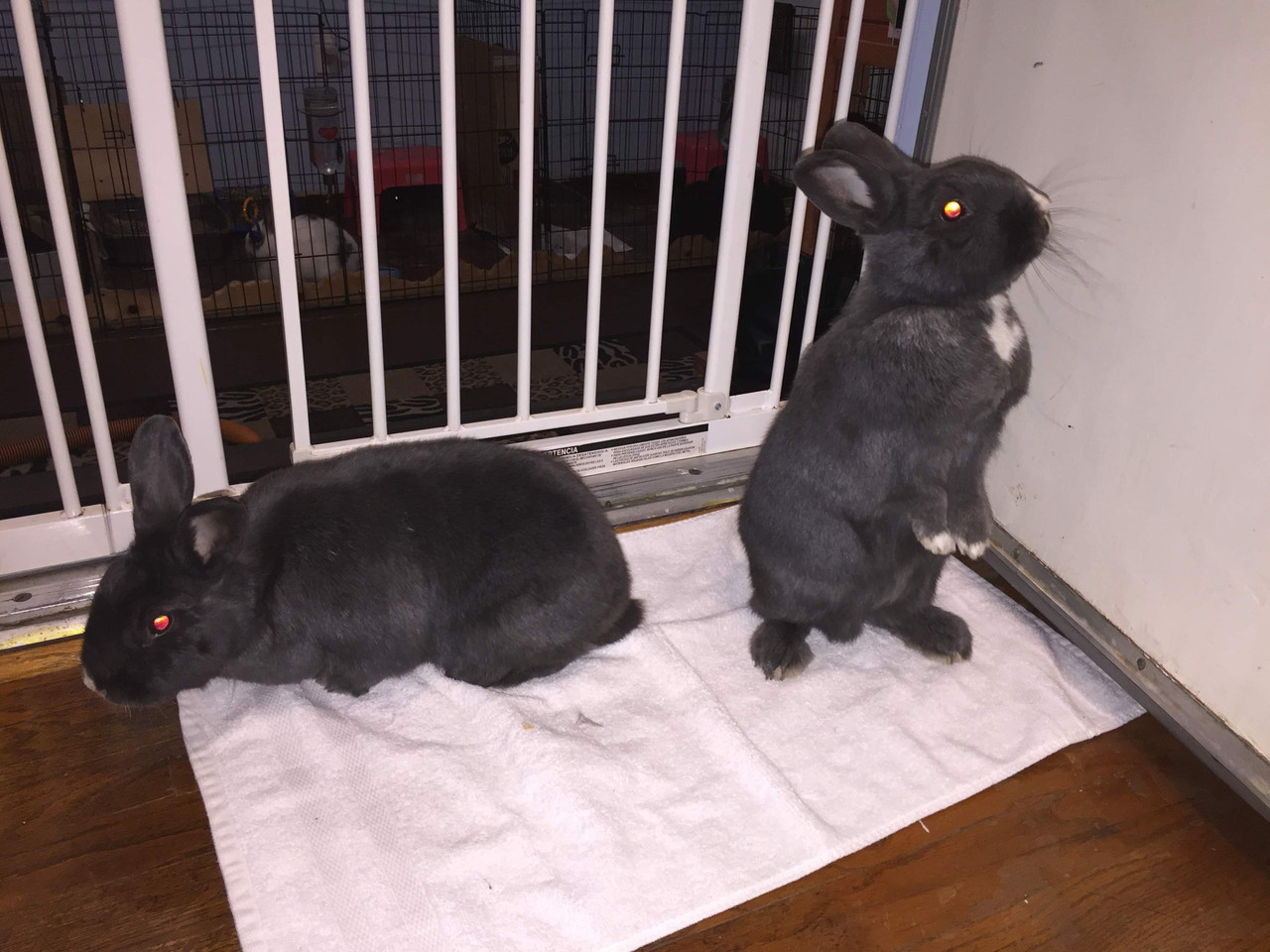 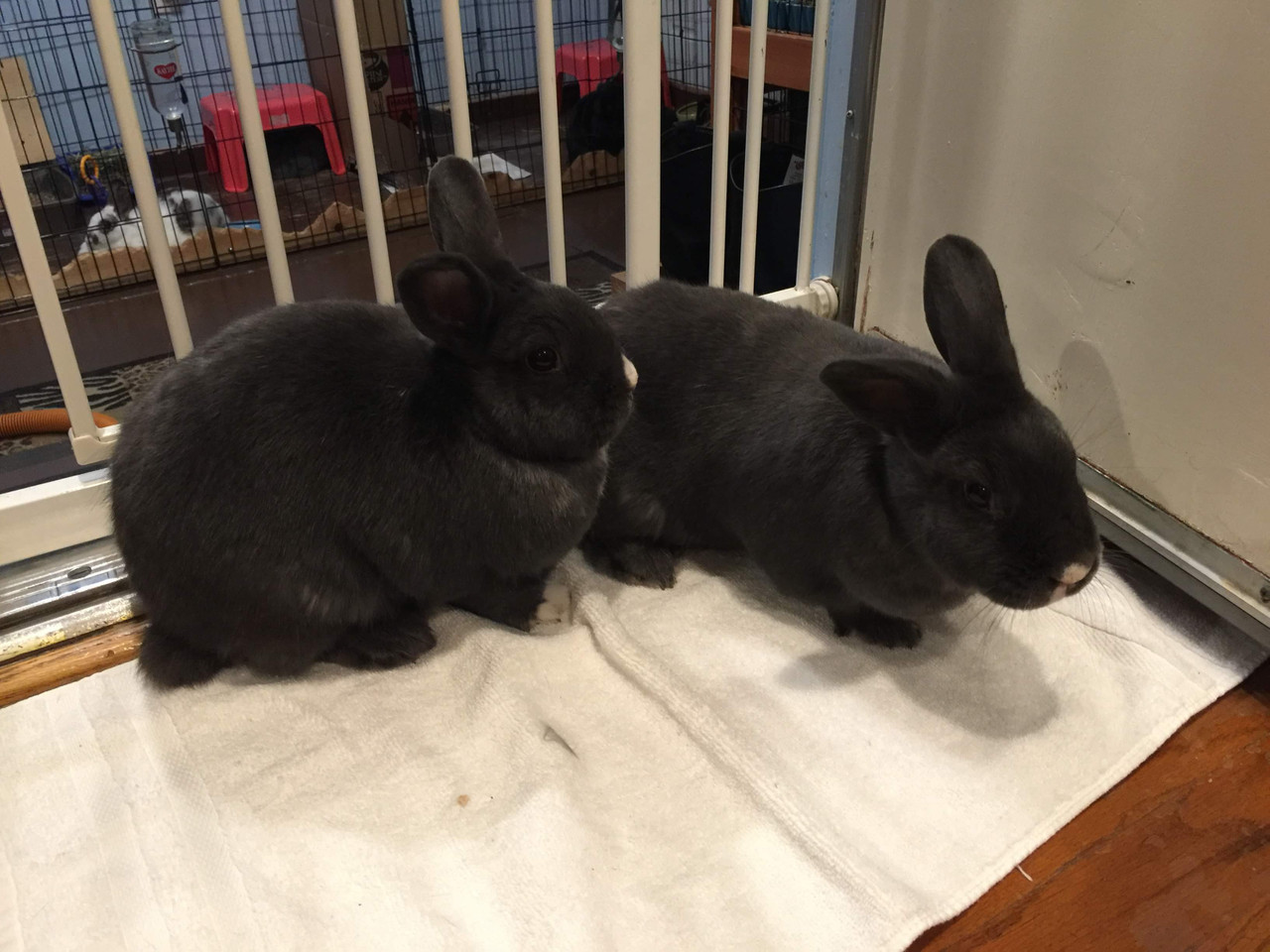 Prefers a home without

Elfin and Pixie came to us from a backyard breeder off Craigslist back in 2016. The guy was going to skin them and sell the furs and meat to whoever was the highest bidder. He had 9 he wanted to offload on anyone. We were able to get 7 from him. These were the only girl from him. They were bonded from the time we pulled them.

They were being fostered by a guy down in Stockton California. He wanted to keep the girls. We got them altered and allowed him to keep the girls. Back in October 2019, he had a stroke and needed help rehoming them and his other bunnies. He had 7 others. We were able to get every bunny else adopted out.

The girls are super attached to one another. They don't like being held and if one is out of the other's sight, they panic. They aren't super active either. Super sweet, but can be thought "boring," but really content with each other's company. Humans will be ignored unless you have food to bestow upon them.