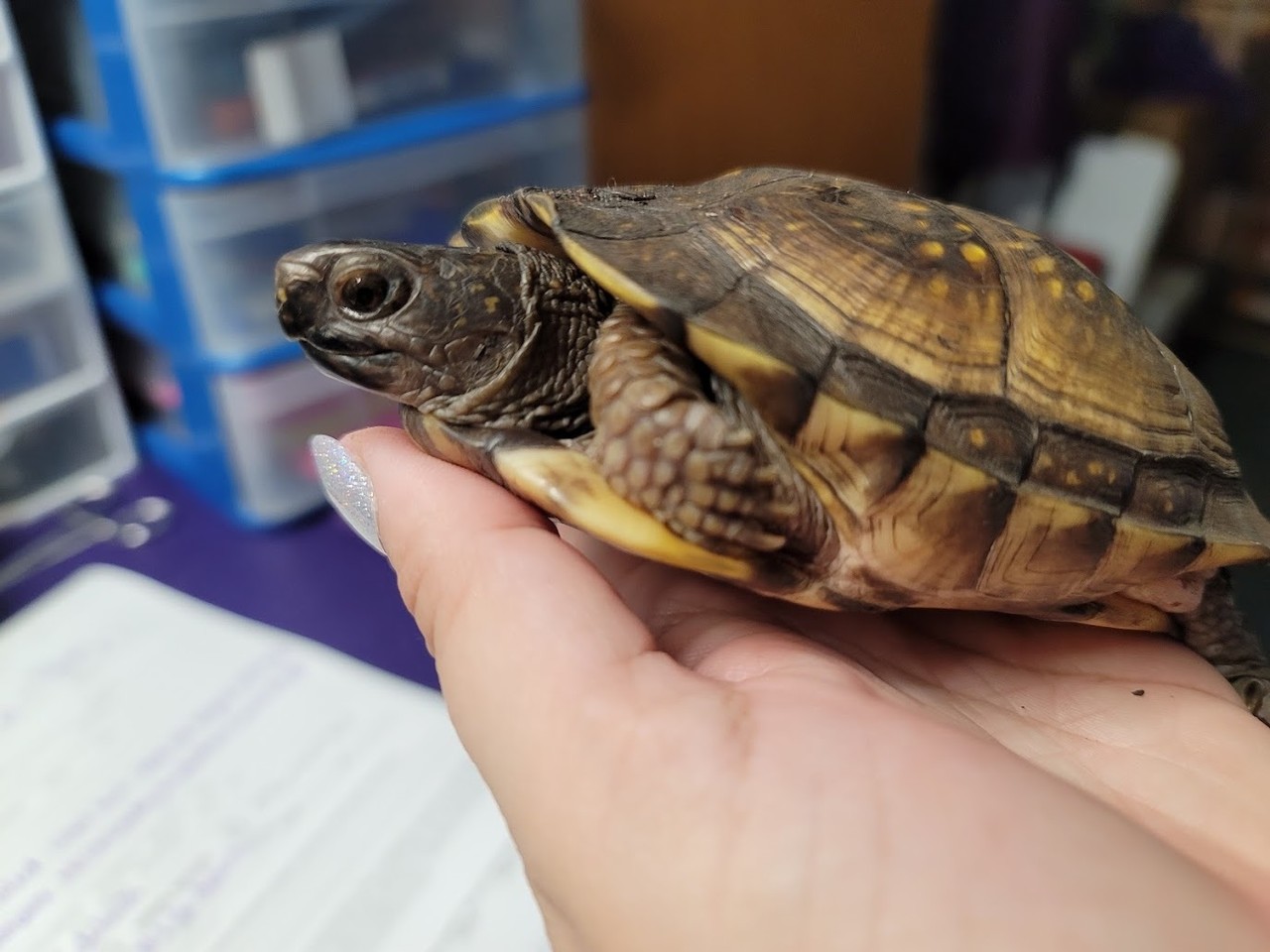 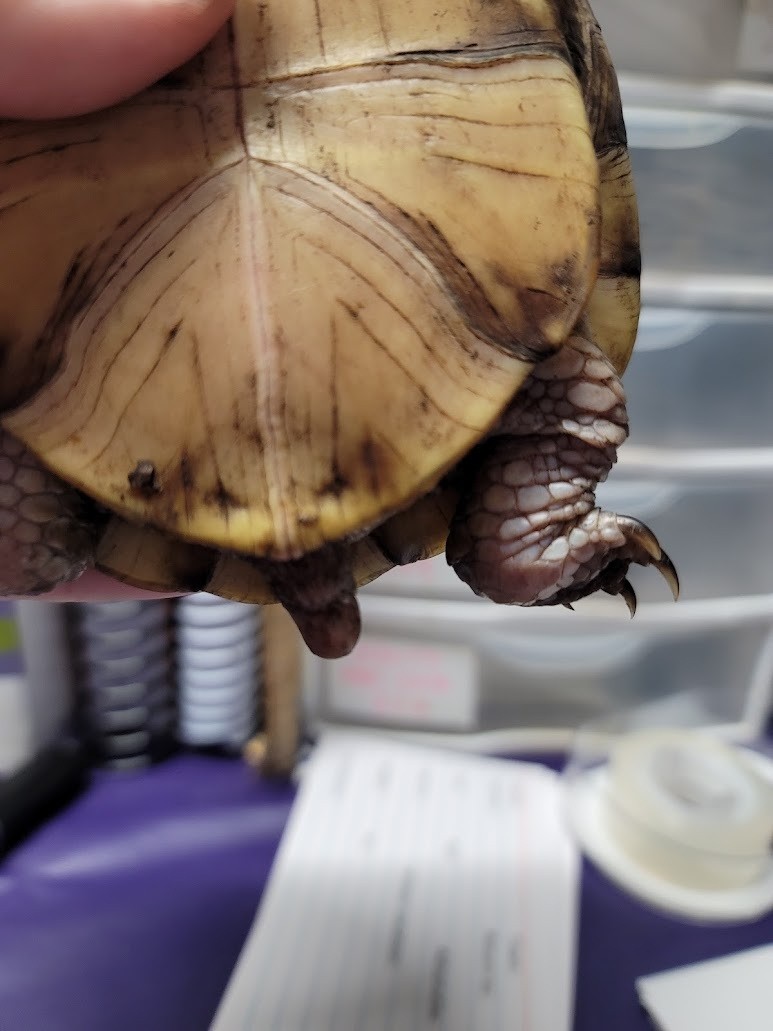 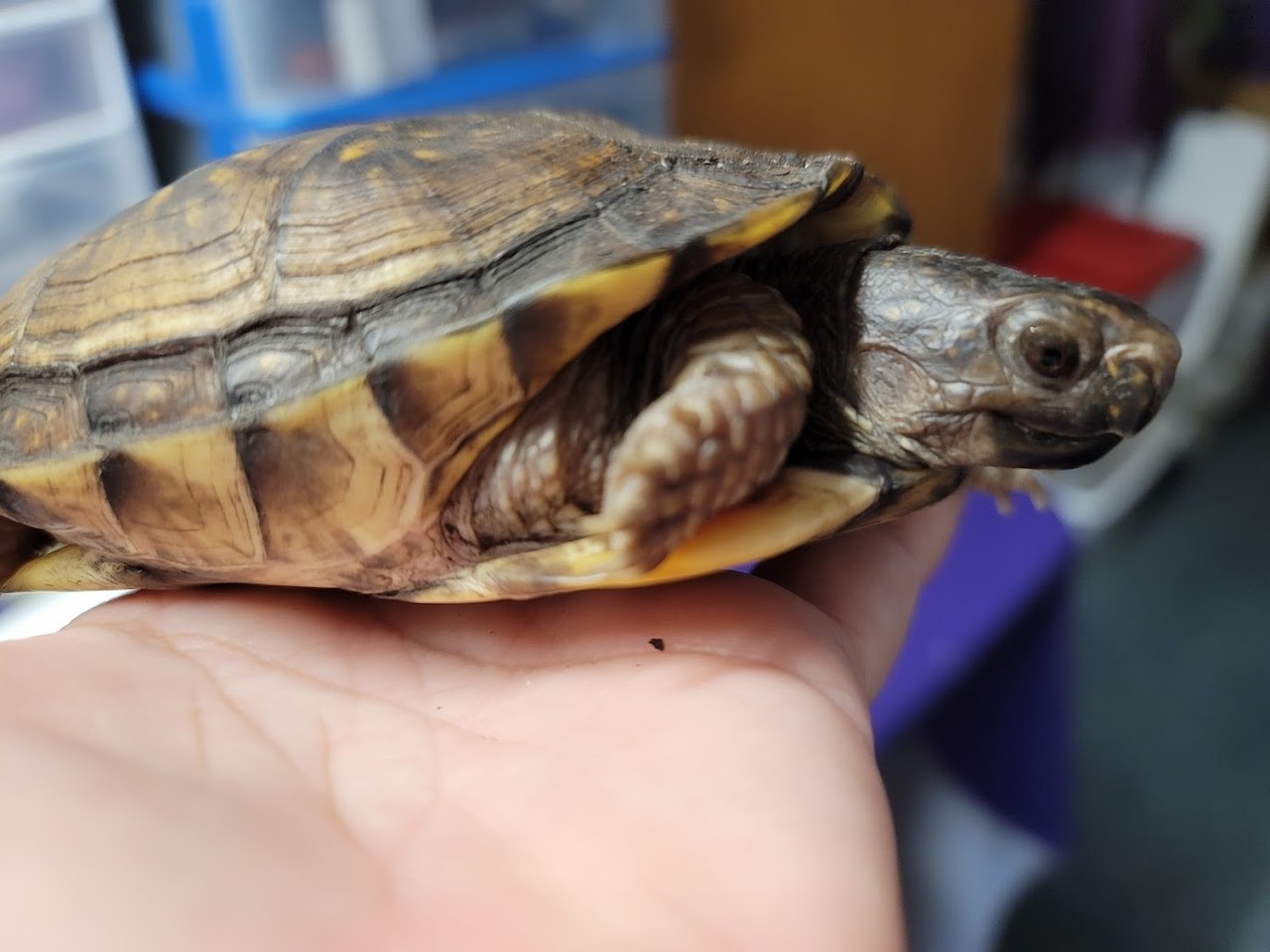 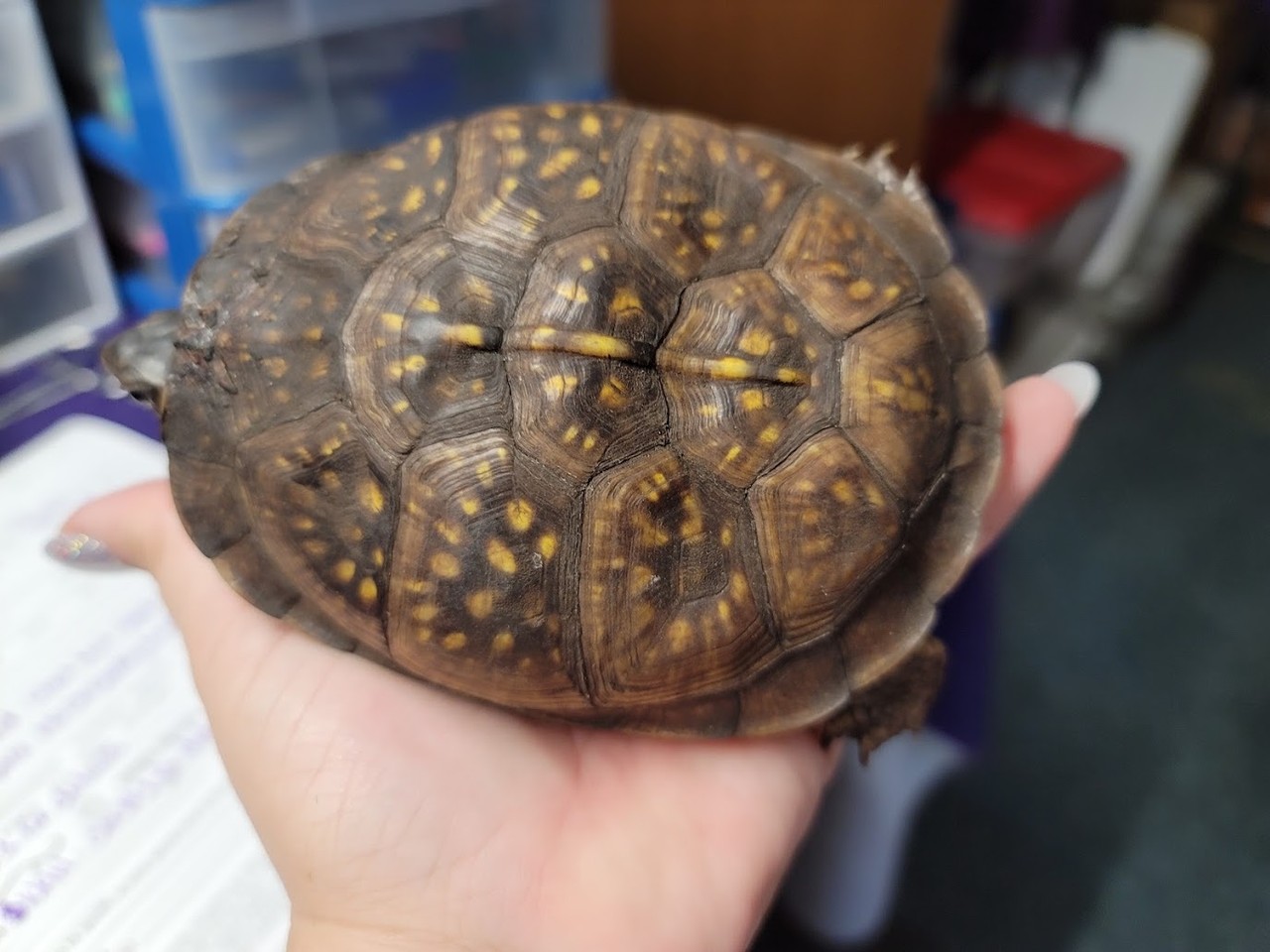 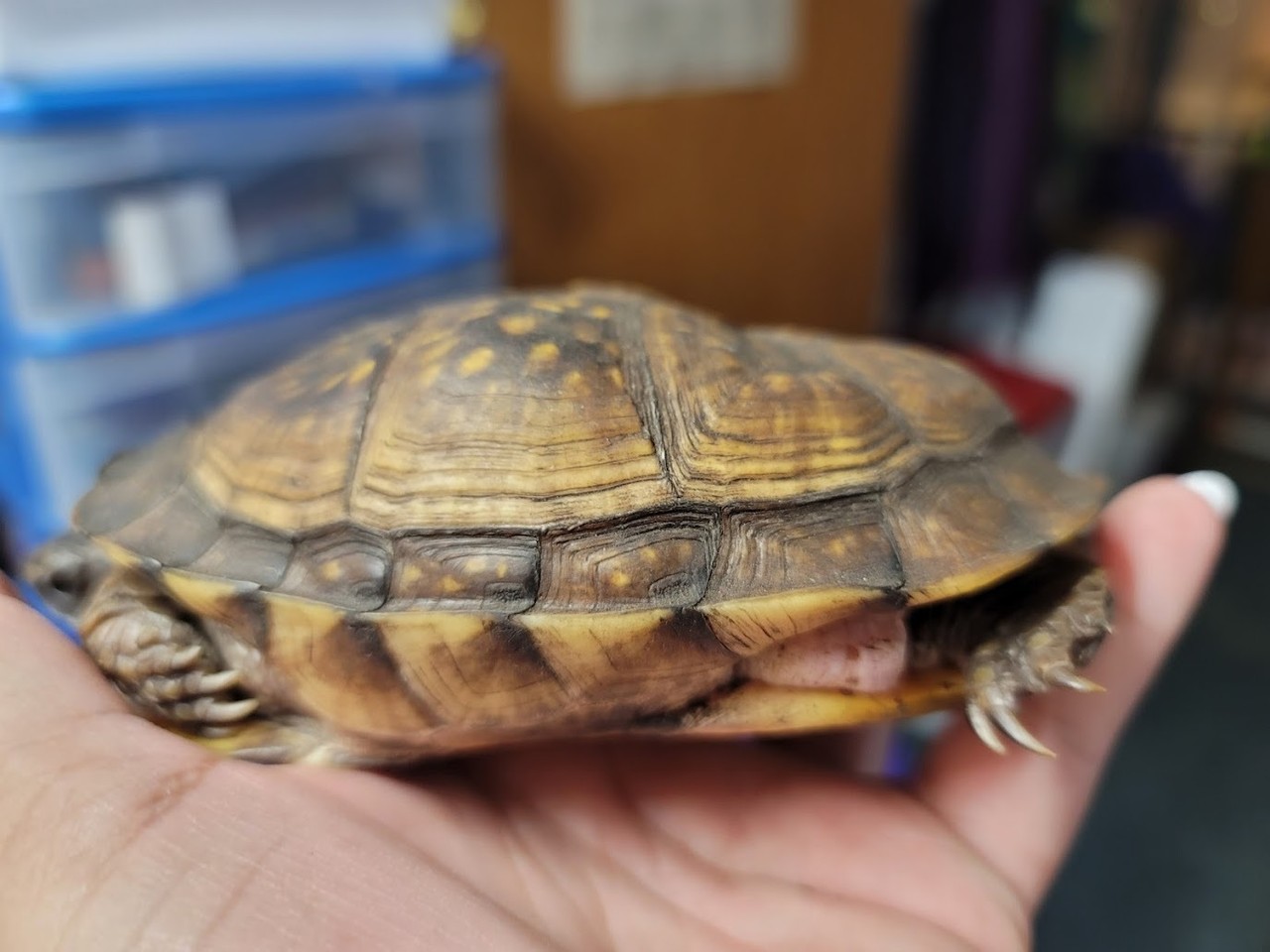 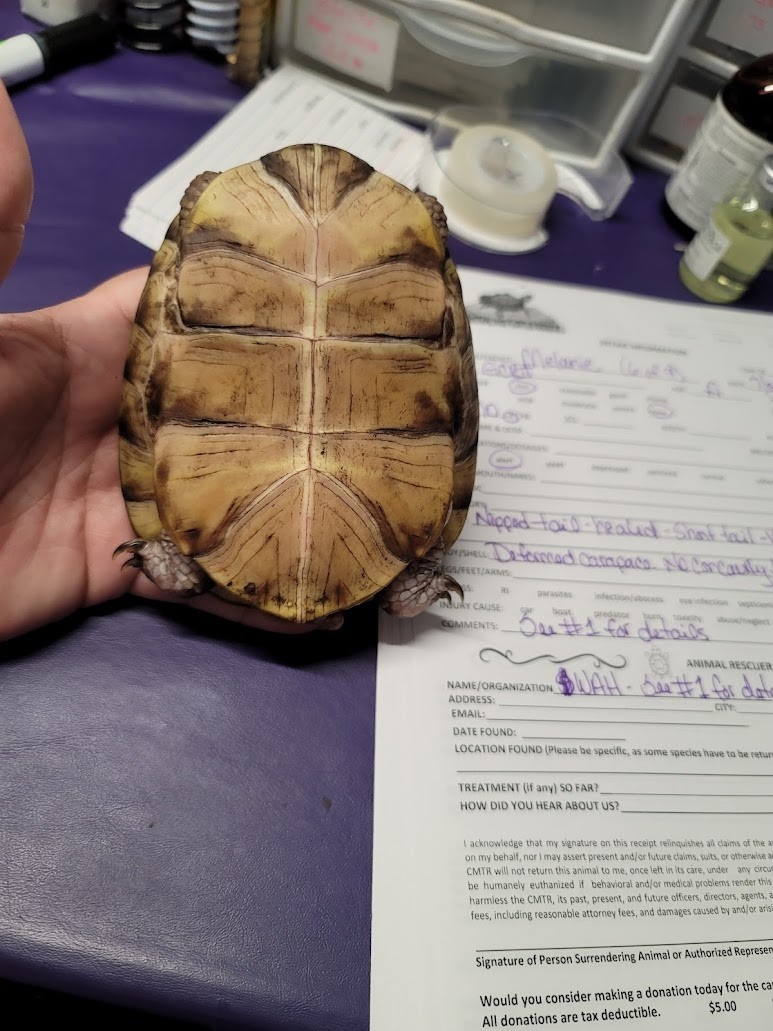 Melanie is an adult (*believed) female Gulf Coast Box Turtle who was raised as a pet and can therefore not be released. She was part of a hoarding situation and came in with 8 other box turtles. All of the turtles have slightly deformed/misshapen shells due to malnutrition and incorrect habitat. Most had nipped tails. Aside from their physical appearance, they seem healthy. They all eat well and are active, and have shown no signs of illness since arriving here.

**It should be noted that due to the irregular growth of their shells and bodies, compounded by their nipped tails, determining male/female in these specific turtles has been difficult. Although we believe this turtle is female, it may be revealed later that he is indeed male. We make no guarantees about the sex of these turtles.