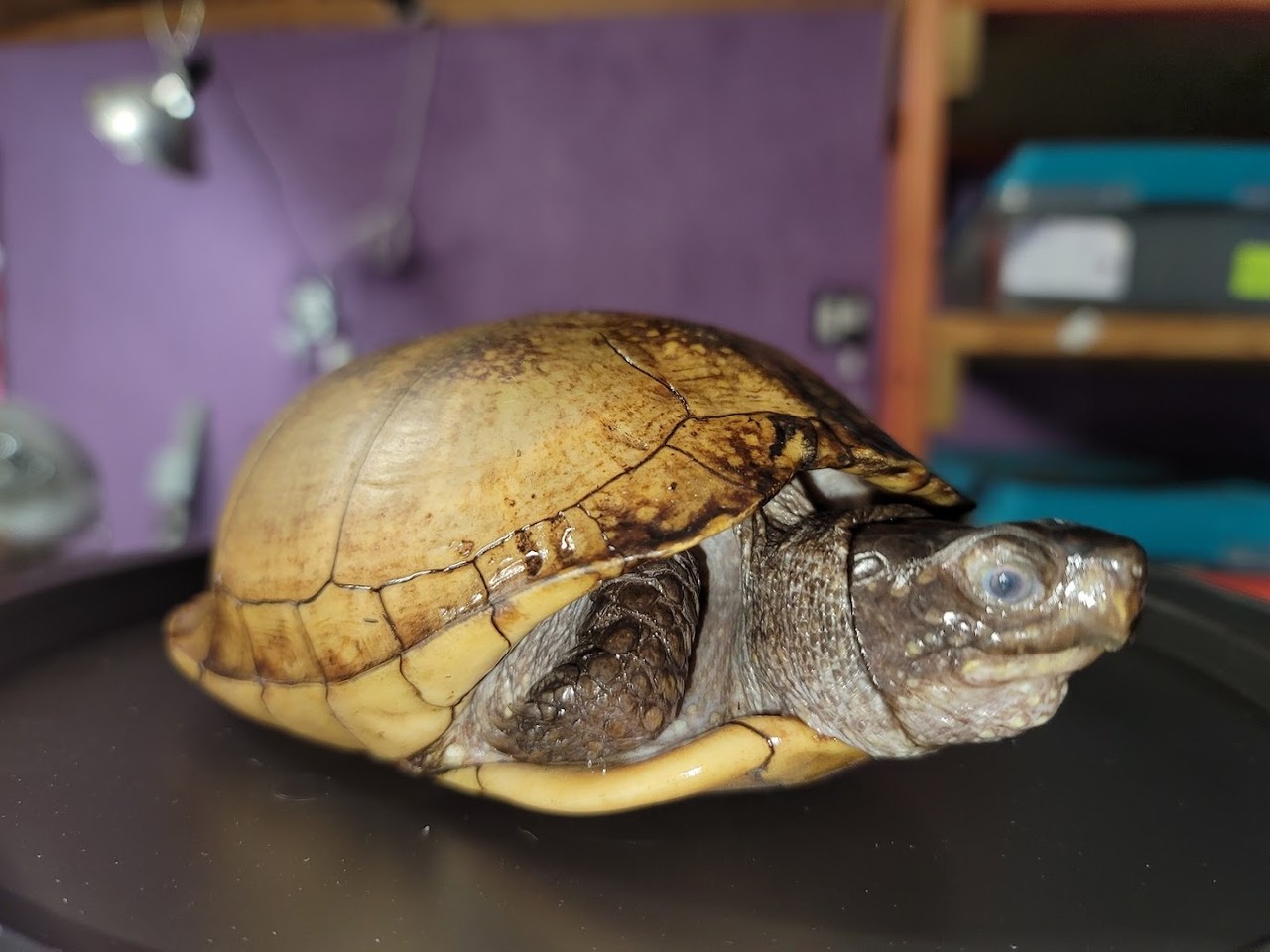 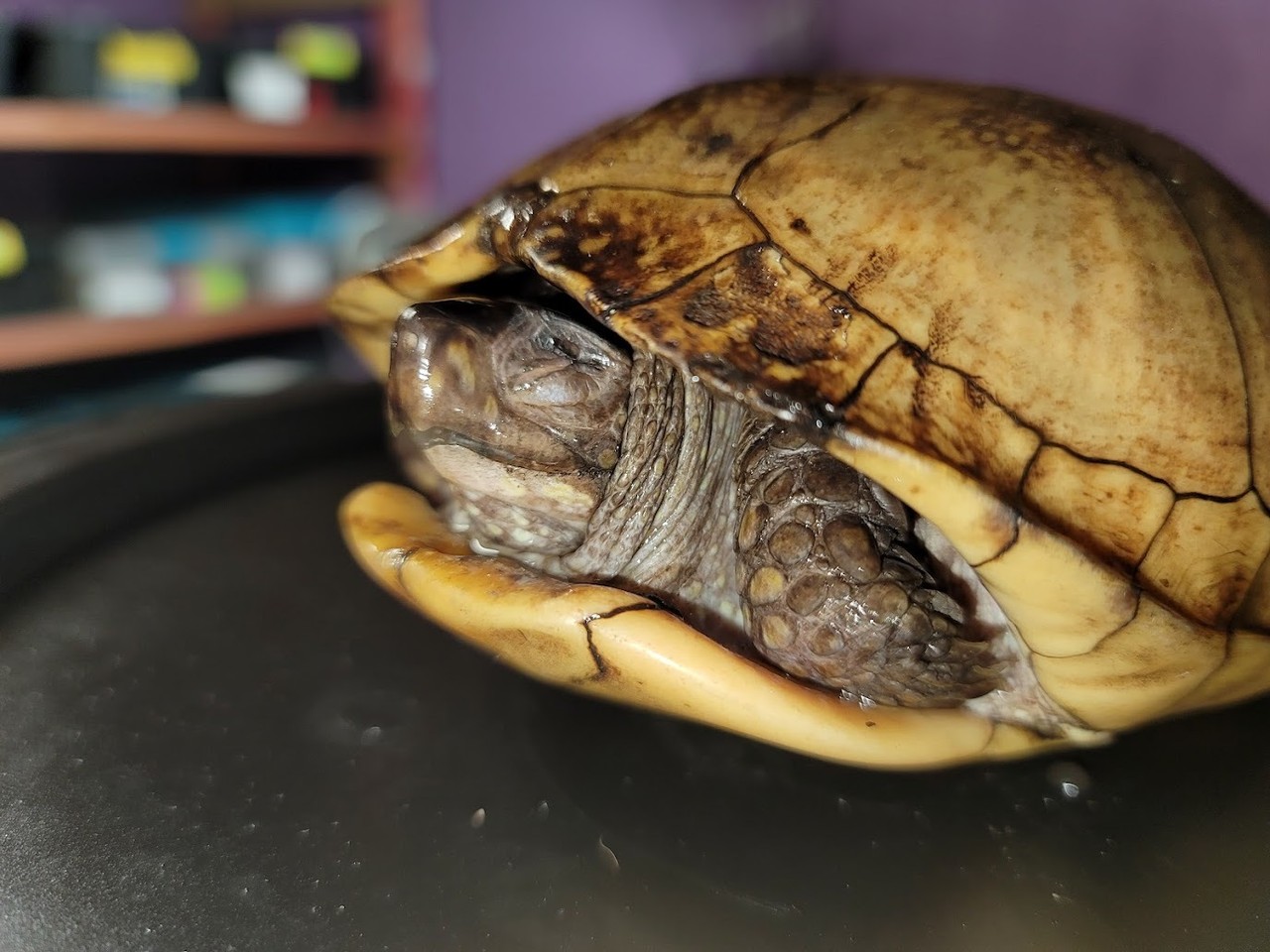 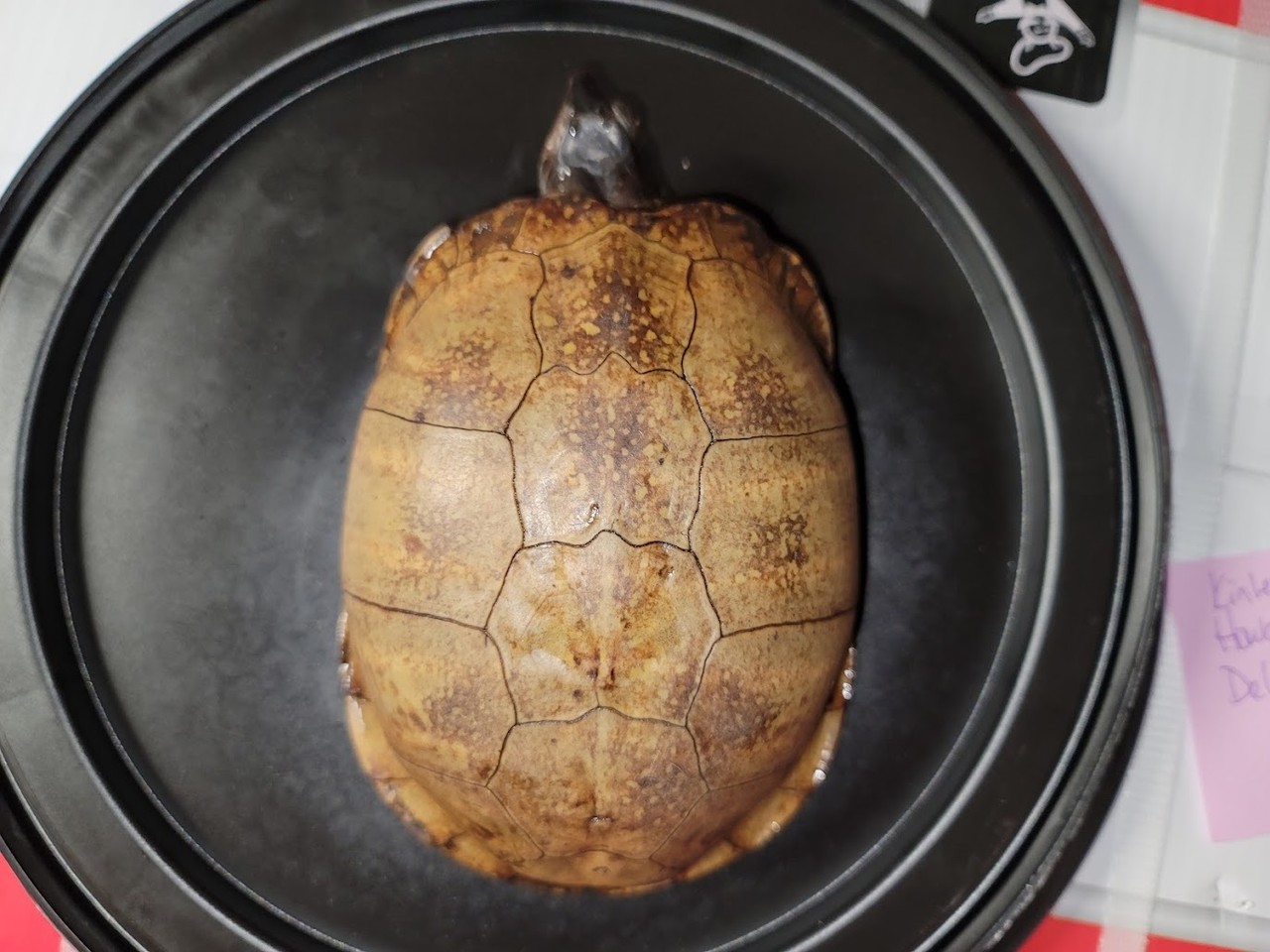 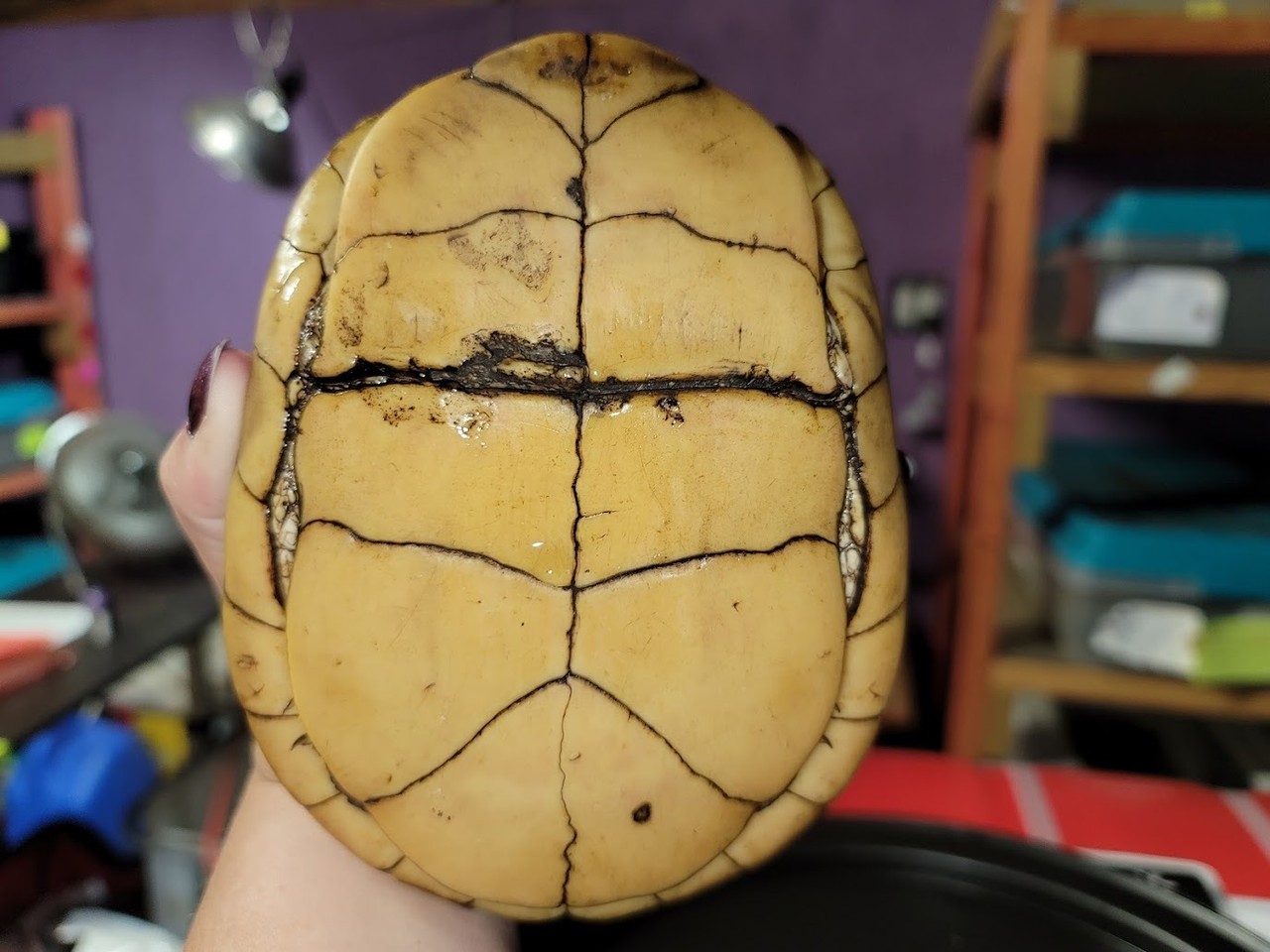 Delilah is an adult female *Gulf Coast Box Turtle who was hit by a car in early 2021. Most of her injuries have healed, but she did suffer extensive head trauma. Sadly, she lost sight in both of her eyes, so she is now blind. She gets around well, though, and has no problem smelling out her food! She would benefit from an enclosure that is one level and doesn't get changed around a lot. Once she learns where everything is, she has no problem navigating. Housing with one or two other females would be fine, so long as she wasn't bullied in any way or out-competed for food or water.